Home ENERGY AND CLIMATE Create an international human chain with us to oppose the expansion of the Turów brown coal surface mine. 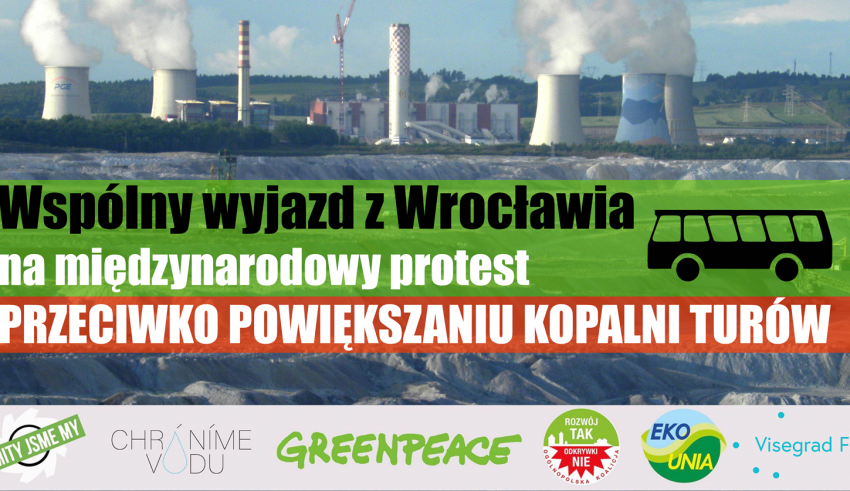 We will link all three states – the Czech Republic, Poland and Germany – symbolically. We will emphasize that we are living together on one planet, and if we destroy it, it will be a problem for all of us. There are many reasons to participate!

Turów mine already has a direct impact on the enormous loss of groundwater that is being pumped out by mining. About 30,000 inhabitants of Hrádek nad Nisou, Frýdlant and other settlements are at risk. Further enlargement and deepening of the mine threatens to lose the source of drinking water.

However, expanding brown coal mine and burning coal to produce electricity is no longer acceptable today. At a time when we are all feeling the consequences of climate change, such a move is a complete mockery and a nail in the coffin.

We must now face this threat. Turów mine has a valid coal mining permit till 2020. However, the Polish company PGE, which operates it, is seeking the continuation of mining and also to obtain further mining permits. In the Environmental Impact Assessment (EIA) process, all people from the Czech Republic, Germany and Poland can also oppose the plan.

Therefore, on Sunday, April 28, at 2 pm we will meet at Trojmezí – right in the place where the borders of Poland, the Czech Republic and Germany meet and we will create a human chain – a row of people in circle in the territory of all three states. There will also be a public letter to the Polish government, an opportunity to comment on the EIA process, and several speeches about the current situation.

The demonstration from the Czech side is organized by the Limity jsme my, a local movement Chráníme vodu and Greenpeace. From Polish and German teams it is Rozwój TAK – Odkrywki NIE, EKO-UNIA and Greenpeace Oberlausitz. The whole meeting will be legal and non-violent.

On 14 December, over 150 environmental NGOs from across Europe sent a letter to the Europe…