The Zgorzelec region (where Turów complex is located) was most likely excluded from the support of the Just Transition Fund. All because of the policy of the Polish government and the Polish coal company PGE, which have no plan for the transformation of the Zgorzelec region and want the Turów power plant and mine to operate until 2044.

– “2044 is an unrealistic date and inconsistent with climate goals” – argue environmentalists from the EKO-UNIA Ecological Association from Poland.

The European Commission in the recently published reply (from March this year) on the petition of the trade unions and employees of the Turów mine and power plant “against the immediate closure of the Turów complex” informs:

“The Commission did not qualify the Bogatynia subregion (Zgorzelec region, Poland) for JTF support, as this area is not in the process towards a climate-neutral economy due to the possible prolongation of lignite extraction beyond 2030 and the opening of a new lignite-fired power unit in the Turów power plant.” [source: https://www.europarl.europa.eu/doceo/document/PETI-CM-691118_EN.pdf]

In the meantime, the Polish Minister of Climate and Environment, Michał Kurtyka, extended the mining license until 2044, which is contrary to the EU’s assumptions on counteracting the climate crisis. In addition, a new unit of the Turów power plant (496 MW) which will emit about 2.7 million tonnes of carbon dioxide per year, has started an operation.

“We’ve been talking already for a long time that the Zgorzelec region will not be able to use the Just Transition Fund. It was foreseeable that a region that plans coal extraction after 2030 and opens a new unit in a lignite-fired power plant will not be able to use the Fund which aim is to support regions in decarbonization “- explains Katarzyna Kubiczek, project coordinator from the EKO-UNIA Ecological Association.

The Turów complex, together with its subsidiaries currently employs 5.3 thousand people. This gives a maintenance of 15-20 thousand people, including the families of employees. The share of the Turów power plant in Poland’s electricity supply has droped from 4% in 2017 to 3.17% in 2020.

In addition, PGE wants to get rid of coal-fired power plants, including Turów, in the longer term, and transfer them to the agency created by the government – NABE (National Energy Security Agency). PGE will then drop the responsibility for being stuck in unprofitable coal technology and will probably avoid the costs of recultivating the land after the opencast mine.

– “Unfortunately, the decision of PGE and the government will affect mostly the local governments, which will lose the possibility of getting large subsidies, and the inhabitants of the region. The energy transition in this region is inevitable anyway. Now, however, it will be difficult to conduct it justly, ”emphasizes Paweł Pomian, member of the board of EKO-UNIA.

Approximately 260 million Euro (PLN 1 billion) in subsidies from the Just Transition Fund was planned to be allocated to the Zgorzelec region. The Fund would also release multi-million loans for business and local governments. There are also other, larger funds on the horizon that could support employees and residents of the Zgorzelec region in transition, such as reconstruction and cohesion funds or national funds.

The EKO-UNIA Ecological Association has been working on energy and climate issues since 1994. The organization is located in Wrocław, in Poland. It prevents the expansion of the Turów opencast lignite mine, for the benefit of local communities, nature and the climate. The organization supports civic activities undertaken by the international community at the border of Czechia, Germany and Poland. It strives to make Bogatynia – lignite- dependent region – enter the path of energy, economic and social transition. The association is a member of the international network of the European Environmental Bureau (EEB) and for many years it has been running – together with other NGOs – the Stop Turów campaign.

In this open letter, the EEB and partner NGOs call on the International Commission for the… 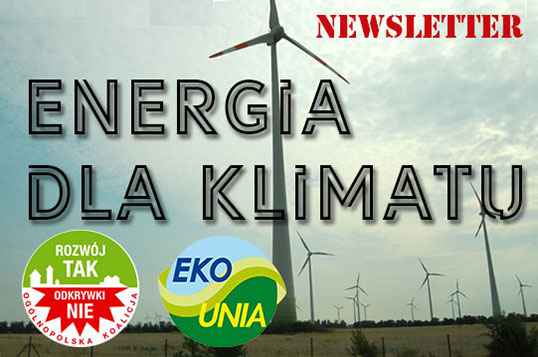